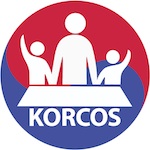 The KORCOS KORCOS Constitution was formulated in 1989.  It underwent its first restudy from April 12, 1997 to September 9, 2006 and was adopted by the organization at its last date of restudy.  The KORCOS Board started a second restudy of the KORCOS Constitution on the 3rd of November 2012 and amended through February 2014.

The constitution was revised and reviewed by the Executive and General Board of 2017-18 School Year in April 2018.